As well as being a position in Warren Buffett’s listed equity portfolio, RH can boast of being a 20 bagger stock since its IPO in 2012. In fact, RH (formerly known as Restoration Hardware) has a long history since its inception in 1979. It was first listed in 1998 before going public in 2008. RH is an American high-end furniture company. The company has 94 furniture galleries and 36 outlet stores in the United States and Canada. The company obviously took advantage of the confinements during the health crisis, but it would be reductive to attribute only this success to it. It also succeeded in its move upmarket towards luxury to distinguish itself from Ikea, as well as its digitalization, which represents a growing channel of its activity. This luxury positioning also allows it to better withstand market fluctuations, as it targets wealthy buyers less exposed to economic vagaries. The company generates margins of around 10% for its net margin and 20% for its operating margin (these margins should increase in 2022). HR generates regular and growing free cash flow. The ROE and the ROA are in good condition. The company is gradually reducing its debt and Capex accounts for 6% of its turnover. The action has the potential for 2022 to continue its strong momentum.

Evolution of the HR income statement since 2012:

Cognizant Technologies Solutions is one of the leading IT service providers in North America and a leading IT outsourcing specialist in India. It is one of the few technology and consulting companies to organize itself vertically around two main sectors: financial services and healthcare. The company has a strong return on capital, a policy initiated with the acquisition of a stake by the activist group Elliott between 2016 and 2018. Return on equity should be 18.6% in 2021. Margins achieved in recent quarters are 15% for the operating margin and 11% for the net margin. The company is in remarkable financial health with more cash than debt and a positive and slightly growing free cash flow. In recent years, the company has stepped up its acquisitions to boost the group’s external growth with some success. Evidenced by the flurry of transactions in recent months, including the $ 1.4 billion purchase of TQS Integration, a consulting firm with a solid reputation in the healthcare industry, whose clients include nine of the ten largest pharmaceutical majors. Analysts who follow the group are so far very positive about this strategic reorientation. Sales growth is expected to continue to increase at 8-11% per year over the next three years. Combined with a generous shareholder compensation policy through share buybacks and dividend payments, Cognizant seems to be riding positive winds for 2022. 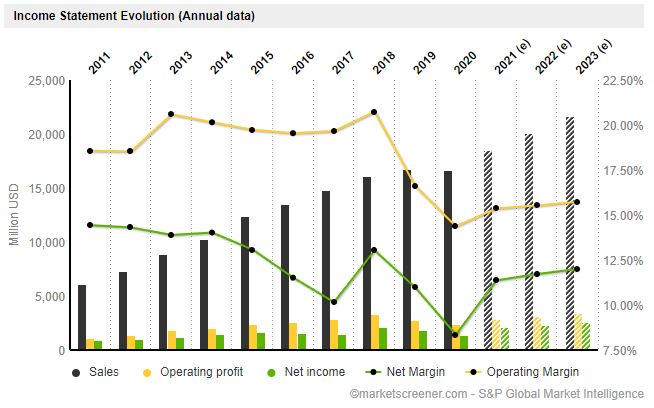 Alphabet, the parent company of Google, is the world’s largest advertising company. The company offers products and services that we all use every day (Chrome, Google Maps, Search, Google Play, Android, Youtube, Google Cloud, Google Ads, etc.). It is also in a monopoly situation since Google search crushes the competition with more than 90% of market share in developed Western countries. The company is at the crossroads of several major technological trends (artificial intelligence, digitalization, Internet of things, etc.). With a steady 20% annual growth in turnover, the outlook remains good for the years to come and Alphabet could still deliver the best of itself in the coming years. Results posts continue to surprise on the rise, Google’s branding moves up the rankings, and Youtube is gradually competing with Spotify for music and Netflix for movies. Alphabet’s bet presents certain perceived risks, in particular related to antitrust and possible dismantling. But I don’t think this is a real risk for the shareholder, who will see his position increase if Alphabet splits up into several companies (pure-players are better valued these days). A low-risk bet for 2022, whether the epidemic resurfaces or not.

Evolution of Alphabet’s income statement since 2012: 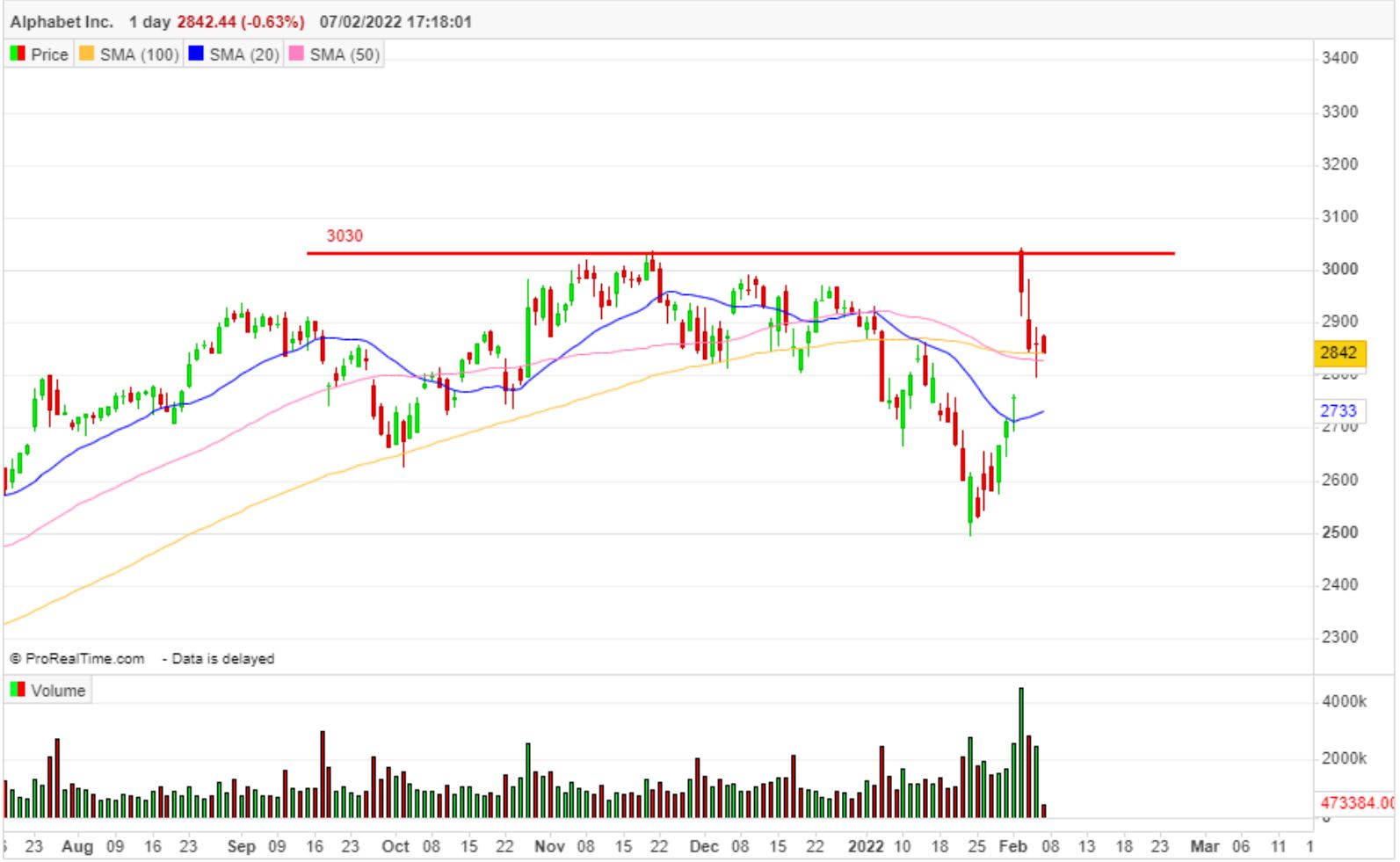 The author is a shareholder of Alphabet.